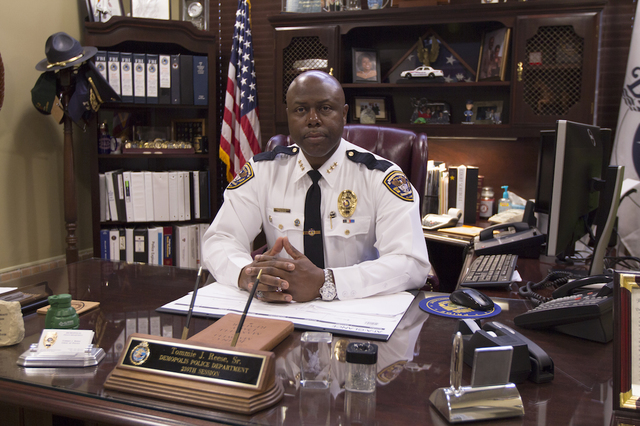 Chief Tommie J. Reese, a native of Demopolis, Alabama first began his law enforcement career with the Alabama Department of Public Safety in 1985. He later joined the Demopolis Police Department as a Patrolman in 1987. In 1991, he joined the Marengo County Sheriff’s Office as a Deputy Sheriff. In 1994, he was appointed to Chief Deputy where he served until he was appointed Chief of Police for the City of Demopolis on February 5, 2009. He brings a fresh approach to crime prevention, combining community - police partnerships. Chief Reese has been able to put more officers on the streets thereby increasing the department's visibility to the community. Since being with the department he has worked hard to bridge the gap between the police department and the community by creating programs such as: The Demopolis Citizens Public Safety Academy (CPSA) and The Demopolis Public Safety Youth Leadership Academy (DPSYLA). These programs have strengthened a greater Public Safety-Community partnership in resolving crime, fire and other community issues.

Chief Reese was appointed Director of Public Safety  on April 5, 2017, by Mayor John Laney to oversee the Police and Fire Departments.

If you have any questions, concerns, or just want to send me a message, please contact Chief Tommie J. Reese by phone 334-217-0100 or by e-mail.