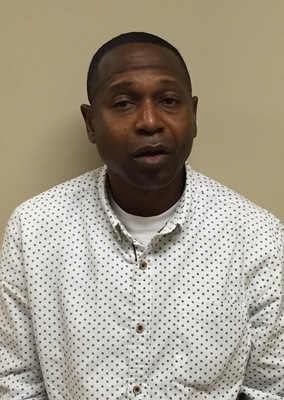 On March 18th, the Demopolis Police Department received a call from a local Church Pastor stating that a subject was trying to cash a counterfeit check on the church. DPD Investigators contacted the bank to obtain a photo of the subject, while waiting Investigators were notified that the subject was at a bank in Linden trying to cash another check. Linden Police Department was notified by DPD to check the area for the suspect and a vehicle. DPD Officers setup on 43 south, Jefferson Road and Hwy 80 West at Al Hwy 28 waiting to see if the vehicle tried to leave the area. Shortly thereafter a Demopolis Police Officer that was setup at US 80 West and Alabama 28 came in contact with the vehicle and made a traffic stop. The driver later known as Melvin Todd Hathorn gave officers a fake name and ID. A consent to search was giving by the driver and a preliminary search was conducted on the vehicle. Officers located in the vehicle numerous Counterfeit ID’s, Checks along with a laptop computer, printers and hard drives. The driver and a passenger were both arrested and charged with following charges:
1. Melvin Todd Hathorn, B/M, age 51 of Bassfield, Mississippi
(2) Counts of Criminal Possession of a Forged Instrument
Using False Identity to Avoid Prosecution
Trafficking in Stolen Identities
2. Brandi Leigh Hawthorne, W/F age 36 of 1840 Hwy 45, Buckauttana, MS
(2) Counts of Criminal Possession of a Forged Instrument
Trafficking in Stolen Identities

They were both processed and transported to the Marengo County Detention Center. DPD Chief Tommie Reese applauded his Criminal Investigation Division and the Patrol Officers involved for bringing these criminals to justice. "Whenever you take advantage of people's (a church) kindness you are a heartless person" Reese said. This investigation continues and more charges maybe added.