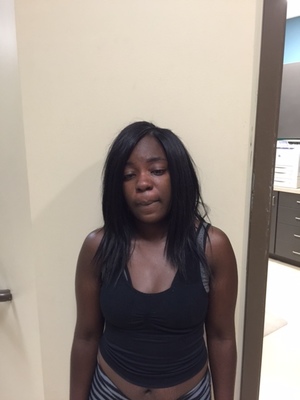 On April 22, 2016, the Demopolis Police Department arrested four adult females along with one (1) Juvenile Male and one (1) Juvenile Female for shoplifting at Wal-Mart in Demopolis, Alabama. All suspects were charged with stealing approximately $1,200 worth of merchandise which included two TVs.  Once law enforcement approached Wal-Mart parking lot two suspects took off running toward the Demopolis High School and were able to enter the school building but were quickly apprehended by DPD Officers.  The other suspects that were in the getaway vehicle were also apprehended on the school parking lot area.

All merchandise stolen from Wal-Mart was recovered.

All of these suspects were from Selma, Al., and they were all charged with Felony Theft of Property 3rd Degree.