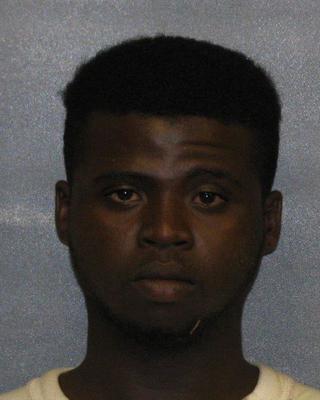 On August 11, 2016, the Demopolis Police Department received information about a stolen Blue Ford F-150 Crew cab Pickup Truck that was taken from Birmingham, Al., with several Black Males in it with guns in their possession that maybe coming towards Demopolis. Officers had no success in finding the vehicle during the daylight hours, but received another call of its location around 2:15 am the next morning. DPD Officers surrounded the vehicle and could see individuals inside. Upon approaching the vehicle, Officers could see two male subjects in the front seat asleep and another one on the back floor asleep. Officers noticed that the subject in the passenger seat had a handgun resting on his lap.

Officers quickly secured the individual with the handgun as he tried to reach for it before being tased. The other subjects were also taken into custody without incident.

Arrested for Receiving Stolen Property 1st Degree were: Tavoris Quintuz Sanders, B/M, age 20 of Birmingham, Al., and two other Juveniles. They were processed and later transported to the Marengo County Detention Center.

Demopolis Police Chief Tommie Reese praised his Officers for their quick actions and also said this situation could have gone bad in so many ways.  Our Officers handle themselves with an enormous amount of Courage and Integrity and that makes me proud.