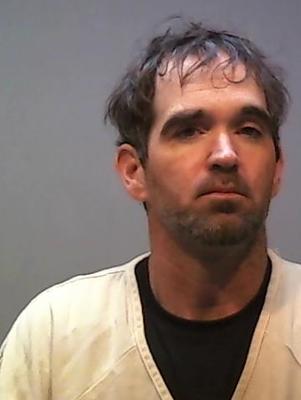 On November 7, 2016, the Demopolis Police Department responded to a call in reference to a subject breaking into a residence on Marengo Drive.  Upon Officers arrival they were told that Walton Prescott, W/M, age 31, of Demopolis, Alabama had fled the area.  Dispatch advised Officers that Prescott had an outstanding Felony Warrant with the Marengo County Sheriff's Office and another outstanding warrant with the Tuscaloosa County Sheriff's Office.  Officers tried to do a traffic stop on Prescott's vehicle on Marengo Drive, but he led them on a high speed chase.  Prescott tried to ram an oncoming DPD Patrol Unit head on, but the Officer managed to avoid crashing into his vehicle.   This chase traveled onto the golf course at the Demopolis Country Club and was later ended on Powe Road after Prescott rammed his vehicle into a patrol car, forcing Officers to do a Forcible Traffic Stop on his vehicle.

Prescott's vehicle came to rest in a ditch on Powe Road.  He was placed under arrest and later transported to the Marengo County Detention Center to await a Bond Hearing.

Prescott was charged with the following:

Burglary in the 3rd Degree

Attempting to Elude a Police Officer

Driving Under the Influence (Controlled Substance)