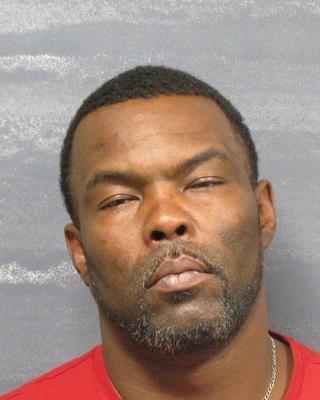 One (1) Count of Theft of Property 3rd Degree

One (1) Count of Attempting to Elude a Police Officer

His arrest came after Officers attempted to make a traffic stop on a vehicle being driven by Mullens for one headlight.  Mullens fled the vehicle on foot running into an apartment in the Crossgates Apartment Complex.  Officers was notifed by the occupants of the apartment that Mullens had ran into their apartment and stated that the police were after him let him in to hide.   Officers were able to find Mullens hiding in the food pantry and was taken into custody.  It was discovered that Mullens ran because he had an active felony warrant outstanding.

He was processed and transported the Marengo County Detention Center to await a Bond Hearing.