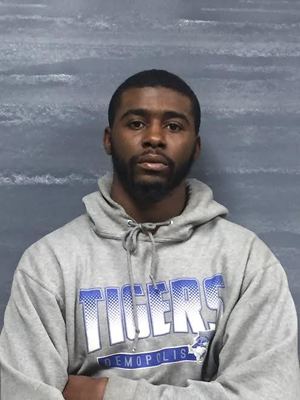 On January 5, 2017, the Demopolis Police Department Criminal Investigations Division arrested two suspects for an armed robbery that occurred back in September 2015.

Demopolis Police Chief Tommie Reese said on September 19, 2015, Marvin’s Building Supply was robbed at gunpoint by an unknown black male suspect demanding the bank deposit. The unknown suspect was able to flee the area by running towards Crossgate’s Apartment with undisclosed amount of cash.

Chief Reese said that although this has been a lengthy investigation his Criminal Investigators never gave up or stop working on this case and by doing so were able to make these arrest:

After being processed, they were later transported to the Marengo County Detention Center to await a Bond Hearing.

“I want to salute the Criminal Investigation Division for their hard work and dedication in bring this investigation to an end,” said Reese.