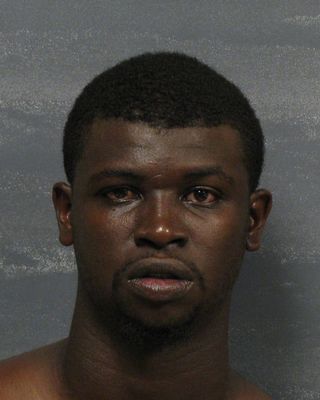 One (1) Count of Assault in the Second Degree

One (1) Count of Disorderly Conduct

One (1) Count of Resisting Arrest

His arrest came after Officers responded to a fight call at Home Place Suites on Hwy 80. When Officers arrived, they could see Richardson standing in the middle of the parking lot yelling at another person getting ready to fight.  Both subjects were told to go inside for the night, but Richardson refused and was arrested.  During the arrest he resisted and struck one of the Officers in the face with his forearm. The Officer was able to deploy his Taser and gain control of the subject.

He was processed and later transported the Marengo County Detention Center for a Bond Hearing.