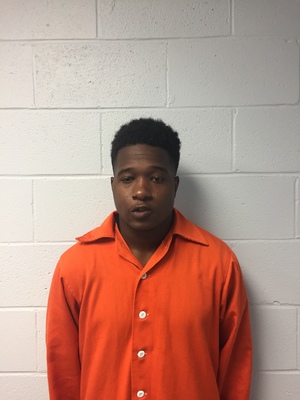 On the morning of October 12th, 2017, at approximately 4:00 a.m., the Demopolis Police Department responded to a break-in at Parr’s Chevron on U.S. Highway 80 West. Upon Officers arrival it was discovered that a glass door had been shattered and another door had been knocked completely out. Officers were able to obtain evidence from the scene that led them to believe that a male subject wearing a grey hooded sweatshirt with writing on the front had entered the store looking for cash after which he fled the scene on foot.

Later on the same day, the Butler Police Department made contact with a male subject that had broken a glass door and entered the Amoco Station in Butler, Alabama. This subject had the identical clothing matching the person who entered Parr’s Chevron 80 West. Demopolis Director of Public Safety and Chief of Police Tommie Reese said DPD Investigators traveled to Butler, Alabama to interview the suspect and continued the investigation. Reese said it was determined that the subject identified as Jarvis DeQuaries Lewis (23) of Dixons Mills, Alabama had committed two burglaries in Demopolis, Alabama. He has been arrested and is being held in the Choctaw County Jail on additional charges. It is also believed that he may be responsible for several more burglaries in several different cities in West Alabama.

Chief Reese expressed his thanks and appreciation to the Butler Police Department and other agencies for their assistance with this case and the investigation.