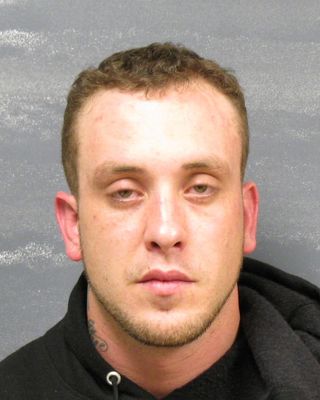 On November 12, 2017, the Demopolis Police Department arrested Donny Rayford Rowell, W/M, age 26 of Thomasville, Alabama for Attemting to Elude a Police Officer and Possession of Marijuana in the 1st Degree.  His arrest came after a DPD Officer attempted to make a traffic on a black Nissan Altima on U.S. Hwy 80 for Improper Lane Usages when the driver refused to stop.  The driver of this vehicle quickly accelerated to speeds of 115 MPH traveling east on Hwy 80 towards Gallion, Alabama.    Officers gave chase into Hale County, Alabama onto Hwy 69 north and then onto Hale County Road 12 where the driver wrecked his vehicle.  The driver and a passenger in the vehicle jumped from the moving vehicle before it came to rest in a ditch on County Road 12.   Officers gave foot chase catching one of the suspects who was identified above.  Officers located drugs in the area where this suspect had thrown them and also located a backpack containing three (3) Handguns, several magazines clips, ammunition and scales.

Officers were unable to locate the other suspect during a search of the wooded area.

The listed suspect was processed and transported to the Marengo County Detention Center for a Bond Hearing.