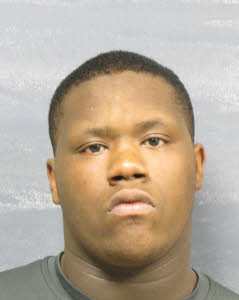 On December 8, 2017, the Demopolis Police Department arrested Colby De'Wayne Lewis, B/M, age 19 of Demopolis, Alabama for One (1) Count of Burglary in the Third Degree and Attempting to Elude a Police Officer.

His arrest came after Officers responded to a call at Quail Meadows Parking Lot where a victim stated that Lewis pulled a gun on him.  Officers approached Lewis and realized they had an active Burglary Warrant for his arrest, when he was advised that he was under arrest he fled the scene.   Officers gave chase and were able to capture Lewis after a brief footchase.