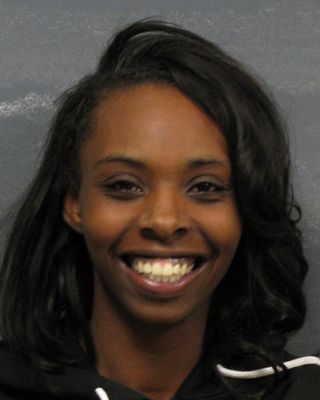 On January 19, 2018, the Demopolis Police Department arrested Shyandra Tasha Brown, B/F, age 22 of Birmingham, Alabama for Robbery.  Her arrest came after DPD Officers were dispatched to a shoplifting call at Wal-Mart, where two males and two females were reported shoplifting in the store. Upon Officers arrival they were advised of the clothing description, physical features of the suspects and what they did while in the store.

Officers were told that these individuals loaded up two shopping carts of different items from the store, but when confronted about their receipt one of the male subjects pepper sprayed the employee afterwhich all fled the premises.

Demopolis Police Criminal Investigators were able to identify all suspects and warrants have been issued for the others in this case.

Both were picked up in Birmingham and brought back to Demopolis, Alabama charged with One (1) Count of Robbery in Second Degree each.

They were processed and later transported the Marengo County Detention Center for a Bond Hearing.