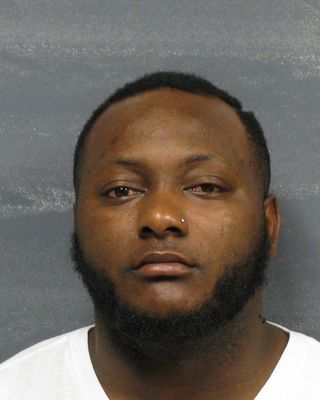 On February 10, 2018, the Demopolis Police Department arrested Patrick Antonio Griffin, B/M, age 29, of Demopolis, Alabama for One (1) Count of Shooting Into an Occupied Vehicle.  His arrest came after Officers responded to a domestic altercation and were told to meet the victim at Parr' Chevron.    While Officers were enroute they located a vehicle stoppped on Hwy 80 and were told that Patrick Griffin had shot into the vehicle.  Officers located three bullet holes in the vehicle, but no one was injured.

He was processed and later transported to the Maengo County Detention Center to await a Bond Hearing.