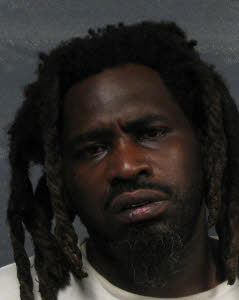 On March 7, 2018, the Demopolis Police Department arrested Brian Demond Sams, B/M, age 36 of Demopolis, Alabama for One (1) Domestic Violence in the Third Degree.  His arrested came after Officers responded to a call where a female victim stated that she was held in a residence for two (2) days and while there was assaulted by Sams.  The victim stated that she was able to boil some water, threw it on Sams and was able to go for help.

After futher investigation by Officers, it was found that the victim was not held in the residence as stated but had been assaulted by Sams.

Sams was transported to the Marengo County Detention Center for a Bond Hearing.