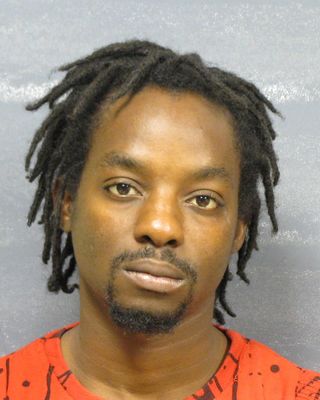 On May 12, 2018, the Demoplis Police Department arrested James Aaron Green, B/M age 29, of Demopolis, Alabama for the following charges:

One (1) Count of Possession of a Controlled Substance

One (1) Count of Possesion of Drug paraphernalia

One (1) Count of Contempt of Court.

His arrest came after a traffic stop on Highway 43, after the officer saw that he was not wearing a seat belt.  Upon checking the Officer realized that there was an outstanding warrant for his arrest for Contempt of Court.

The Officer took Green by his apartment at his request to get some money for a cash bond.  When they arrived at the apartment the Officer saw in plain view digtal scales with a green leafy substance on it and a small bag of marijuana.  Green consented to a search of the apartment and Officers found a powder substance believed to be cocaine, a large sum of cash and two stolen firearms.

He was processed and transported to the Marengo County Detention Center for a Bond Hearing.